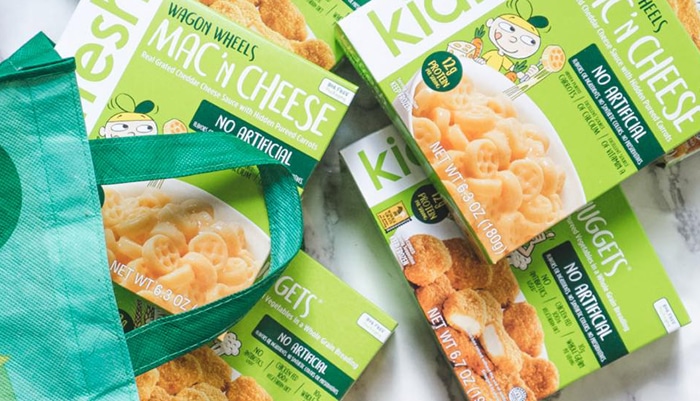 In the latest distribution news, Publix gears up for back-to-school with the addition of Kidfresh, while Walmart adds new condiments, crisps and ice cream brands.

The brand, which adds extra “hidden” vegetables to every meal, also launched its new mozzarella sticks and cheese at select Target locations in May and recently launched its own ecommerce platform.

“Moms and parents are looking for great tasting kids’ meals that are convenient and available where they shop,” said Kidfresh founder Matt Cohen in a press release. “That’s what we are all about. And with our eCommerce site, they’ll now be able to buy Kidfresh from their own home.”

Kidfresh announced in February the close of a new funding round led by existing investors. At the time, the company said it planned to use the funds to accelerate growth and for product innovation. The brand’s products are currently available at over 10,000 retailers nationwide, including Walmart, Giant, Hannaford, Kroger, ShopRite, Safeway, Wegmans and Target.

“We’re thrilled to partner with Target to provide our line of delicious, hand-finished cupcakes to its customers,” said Andrew Stoloff, Rubicon Bakers president, in a press release.

The company made the move into plant-based last year with the launch of its Vegan Chocolate Blackout and Vegan Vanilla flavors at select Whole Foods Markets, Sprouts, Northern California Safeways, Natural Grocers locations, and added its Vegan Neapolitan flavor earlier this year.

Rubicon Bakers, founded in 1993, employs those who have been incarcerated, homeless, or recently recovered from substance abuse. Rubicon Bakers baked goods are available in more than 2,500 stores nationwide, including Whole Foods, Lucky’s Market, Sprouts and Safeway.

“Our Beetroot Ketchups started out as a homemade recipe and remain simple and delicious,” said CEO and co-founder Desirree Parker in a statement. “We’re bringing new flavors and ideas to make everyday meals better in the United States and the world.”

The line will be available in three flavors — Original, Hot and Smoked — in 9 oz. bottles for $6.98.

Foraging Fox entered the U.S. market with Whole Foods in 2017. The brand told Forbes last November that it is considering other international markets such as Austria, Belgium, Denmark, Germany and Holland. Foraging Fox also said it hopes to export more than 40% of its product by 2019 and with a goal to double that number by 2020. 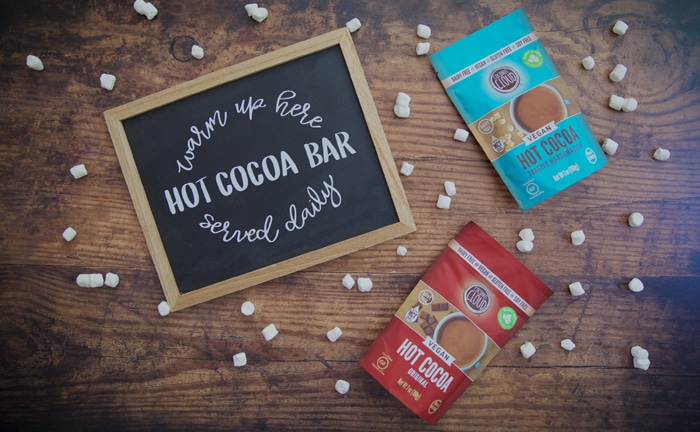 Coconut Cloud, maker of dairy free, plant-based and allergen-free creamers, cocoas and instant lattes, has hit shelves in over 1,200 Publix stores. The Denver-based brand’s Original and Toasted Marshmallow hot cocoa mix flavors will be available at Publix locations in Florida and the East Coast region.

“We are excited to see our cocoas on shelf next to conventional options like Swiss Miss and Ghirardelli, as our product will now also be readily available to the growing number of consumers looking for a lower sugar, allergen friendly, and mom-approved version of a classic chocolatey treat,” said Lauren Durso, Coconut Cloud managing director.

Coconut Cloud’s Vegan Hot Cocoa launched on Amazon last June, and debuted single-serve versions of the mix on the site in March.

Cracker brand 34 Degrees’ sweet snacking line has been added to 1,500 locations nationwide, including Walmart, Wegmans and Meijer. Walmart has added Chocolate and Sweet Lemon Sweet Crisps flavors, while Vanilla and Sweet Lemon flavors will hit shelves at Wegmans this month. The Vanilla flavor will launch in Meijer locations this summer.

“We’re thrilled to be expanding our distribution nationwide, as the response to our Sweet Crisps has been overwhelmingly positive,” Craig Lieberman, founder and president of 34 Degrees said. in a press release. “Our new retail partnerships are making it possible to be even more accessible to consumers looking to find an elevated way to snack this summer.”

34 Degrees Crisps are also currently available in retailers in the U.S. and Canada including Whole Foods, Kroger, Publix, Sprouts, Target and Safeway.

34 Degrees told NOSH in 2017 that it planned to use funding from a Fresca Foods investment to expands its flavor portfolio and packaging formats. The brand made the switch from boxes to bags for its Sweet Crisps packaging last year, and debuted single-serve Sweet Crisps bags in May for its Vanilla and Sweet Lemon flavors. It will debut redesigned packaging for its Savory Crisp line later this year.

“Our partnership with Walmart is a remarkable step forward and a great validation for the Brothers Ice Cream division,” said Gary Winkler, founder and CEO of Brothers International Desserts, in a release. “We have been in the ice cream industry for 45 years, so we like to think with all of our experience and knowledge we have created frozen treats that will be loved and enjoyed by consumers of all ages!”

The brand launched new packaging for several of its products in March in order to pay homage to the 1970s roots of the brand, which was founded in 1973 by brothers Brooklyn, Gary and Errol.