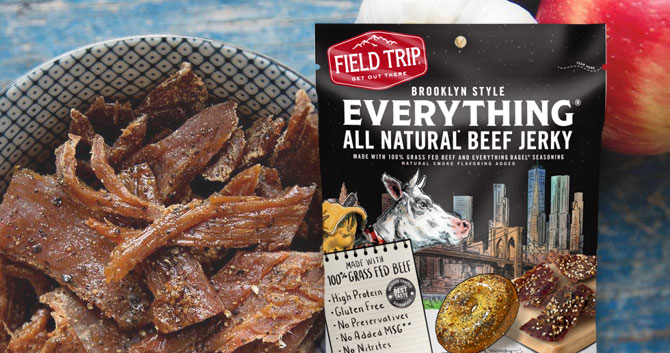 In January meat snack brand Field Trip announced the launch of Everything Bagel seasoned jerky. Now the new flavor, which joins Field Trip’s portfolio of 20 jerkies, meat sticks and pork rinds, will launch nationwide in all CIBO airport markets, 500 RaceTrac convenience stores and the San Diego region of Costco. Field Trip co-founder Matt Levey told NOSH that he believes consumers will be drawn to the unique flavor, which is particularly popular with millennial shoppers.

“While everything flavors are very hot in salty snacks and the seasonings are being commonly used on meats, there still isn’t a product on the market that actually sells an everything bagel meat snack until now,” Levey told NOSH.

Levy pointed to the success of private label “everything” seasoning blends at Trader Joe’s and Costco as a reason for Field Trip’s innovation. Levy believes that Field Trip is the only “Everything” jerky on the market, and will remain so because the brand has trademarked the use of “everything” and “everything bagel” in relation to meat snacks.

Founded by Leah Lopez in 2011, the free-from desserts maker quickly caught the attention of fellow Austin company Whole Foods Market, which first accepted Better Bites into the Southwest region and in 2014 provided Better Bites with $33,000 in funding through the Whole Food’s Local Producer Loan Program.

Lopez said in a release that the funding was “instrumental” to Better Bites’ growth.

“I can’t believe how far we’ve come in the past few years,” Lopez said in a release. “All I wanted to do was to make something my son could enjoy at birthday parties, and now there are people across the country sending me letters and emails telling me how much it means to them that they and their kids can have dessert.” 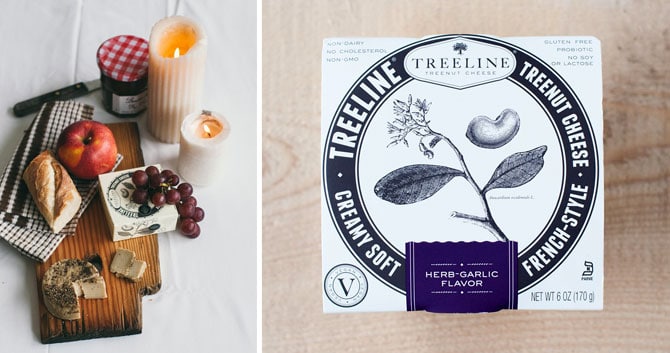 The cheeses, made using fermented cashews, are kosher, soy-free, gluten-free and made without stabilizers, thickeners or added oils. They are available in six varieties, including a recently launched New York-style cashew cream cheese.

According to Treeline, the company recently doubled the production capacity of its “plant-based dairy” in New York. Treeline products are also sold at select locations of Wegmans, Kroger, Meijer and Fred Meyer. 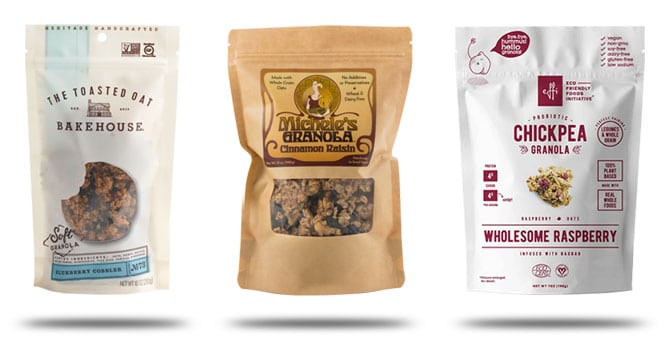 The retailer has picked up he Toasted Oat’s soft-baked, gluten-free granola as well as Effi Foods’ chickpea granola in all regions. Effi Foods will also launch a sweet heat (cacao and cayenne) SKU as a Whole Foods exclusive.

In addition, Baltimore-based brand Michele’s Granola will sell its small batch granola in 350 Whole Foods Market stores across 28 states, including on the West Coast.