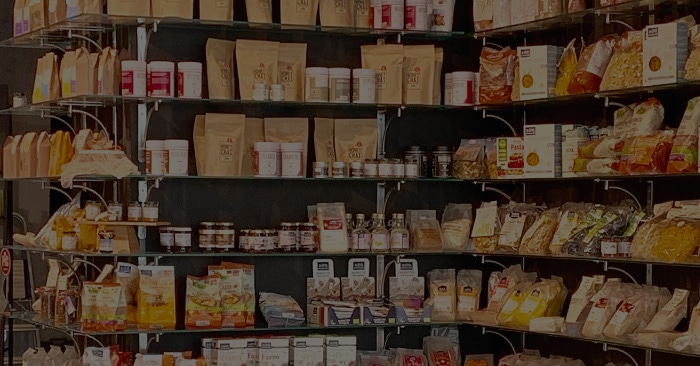 Amid the rushes on grocery stores, the spike in ecommerce sales and the widespread closure of bars and restaurants, the food and beverage industry has experienced mixed fortunes during the COVID-19 pandemic.

While many established companies are bearing up under the storm thus far, small entrepreneurial brands, from early stage startups to regional players, who often have less distribution to start, are feeling the pain from retail disruptions. However, amidst lost supermarket sales or cancelled expansion plans, online is providing a possible bright spot for these brands.

Connor Roelke, founder and CEO of New Hampshire-based Nobl Beverages, said that prior to the COVID-19 outbreak, the company had been steadily expanding its keg and canned cold brew coffee and tea business throughout New England, with more than 650 accounts across six states. But specialty grocery is only a fraction of Nobl’s channel mix, which leans heavily on immediate consumption: Roelke estimates about 94% of his accounts — primarily offices, bars and restaurants — have closed down over the past several weeks. Nobl, he said, would typically receive between 300 to 600 orders for kegs over any given weekend; This past week the company only received orders for five.

Founded in 2015, Nobl also operates a 35,000 square foot co-packing facility, which Roelke said is still fully staffed and producing. But if the coronavirus stretches on for months, the loss of revenue from keg and can sales will force the company to reassess its business model.

“We have a pretty considerable demand for co-packing, but when that starts is to be determined in the sense that there’s still lead time built into this,” Roelke said. “But if this is an issue that goes on for months then the company is essentially going to go into an almost suspended animation.”

However, Roelke noted that the company is also looking to use this time to launch several new projects that had been put on hold as the brand focused on growth.

Another New England beverage brand, Massachusetts-based Evy Tea, also said its been hit by on-premise closures. Founder and CEO Evy Chen said the brand had spent the past year scaling its ready-to-drink tea line nationwide and was available in about 1,200 accounts — but about 800 of those accounts are on-premise. Going forward, Evy Tea will still focus on the food service channel, which Chen said she believes will bounce back quickly once the crisis passes, but the company is now faced with another immediate challenge, creating an ecommerce business platform.

“We’re pivoting on pack size and looking at possibly going online like every other beverage company, but we’re also a liquid product,” Chen said. “It’s really not like we’re a potato chip company and we can just throw a bunch of boxes online overnight. So that still creates logistical challenges and operational challenges.”

Chen said despite the immediate impact on the business, she was in a somewhat fortunate position when the outbreak hit: The company had secured new funding last year and is used to running lean.

Even brands with well known investors and advisors are feeling the hit. Masienda, which sells heirloom Mexican staple foods, is a graduate of the Chobani food incubator and backed by chef Rick Bayless. The brand, which got its start selling corn and then masa to restaurants, eventually expanded into retail with tortillas. However, the bulk of its sales still come from foodservice locations.

Coronavirus came just as the company completed purchasing 1.32 million lbs. of heirloom corn from its farming partners throughout Mexico—enough to cover the next 12-15 months of supply and was paid for up-front. Unfortunately, much of this supply was allotted for restaurants, leaving the brand with no revenue coming in, no lending partner, and almost all its cash deployed. As a result, Masienda has had to temporarily lay off its entire U.S. team.

“It is our hope that the hospitality industry receives meaningful federal assistance, in order to ensure that they are still in business, when the dust has settled,” founder and CEO Jorge Gaviria wrote in an Instagram post. “The industry’s pain is ours, the industry’s success is ours.”

The company is now pivoting to try to sell more ingredients directly to consumers, many of whom are already looking for shelf stable products such as dried beans. Masienda has also begun posting videos about how to use these sometimes unfamiliar products at home.

Premium lemonade brand Poppilu will launch next month in 1,300 Walmart stores nationwide with its line of kids pouches, the two-year-old brand’s largest single retailer expansion to date. However, founder and CEO Melanie Kahn said she’s now concerned about how school shutdowns and economic uncertainty will impact the line’s early performance. She said she’s rolling back her forecast distribution expansion for 2020.

Vegan cheese dip company the Honest Stand was in a total of 1,200 retailers when the Coronavirus hit. The company had planned to debut a brand refresh to appeal to a wider audience at Expo West, which they would subsequently use as a lever to appeal to and bring on new retailers.

Now, that process has been indefinitely delayed as retailers are simply focused on getting products into stores and onto shelves. Co-founder and CEO Jeremy Day told NOSH that the company is unclear when the new rollout will take place but appreciates the predicament of its retail partners, which need to focus on “fulfilling consumer needs.”

But waiting may also help, Day said. The Honest Stand currently self-manufactures its products. Taking a slower approach will allow the company, which is currently hiring more staff, to adjust to the new climate and make sure it can support existing retailers before taking on new retail partners.

For some, planned expansions have now been pulled by the retailer: sugar cane water maker Bhoomi was scheduled to enter Whole Foods Market stores in April, but founder and CEO Arpit Bhopalkar said the rollout has been pushed back indefinitely. Regional expansion plans, such as New York, have now been put on hold and the company’s plans for entering 500-1000 grocery stores in 2020 is now “up in the air,” he said.

Direct-to-consumer offerings, via their own sites or other ecommerce players have, however, provided opportunities for smaller players. As consumers are shifting to online ordering — and Googling to find alternatives to sold-out staples online — there’s room for discovery.

Cereal Brand Three Wishes said although its planned expansion into Sprouts stores nationwide has been delayed by “at least a month” it fits many of the categories consumers are shopping for online — cereal, shelf stable, low insugar and high protein. Rather than invest in paid advertising, however, co-founder Ian Wishingrad said the company has started thinking like a publisher, creating branded content to attract new shoppers who are spending more time on social media networks and online.

“We have actually benefited because we have a product that consumers are looking for right now,” Wishingrad said. “We’re being forced to change the playbook, which we’re totally OK with and kind of enjoying.”

Ohio-based sparkling tea brand Spritz had just launched into the market in January and has also been impacted by the closure of bars and restaurants, founder and CEO Kathryn Dougherty said. Dougherty had intended to take a traditional path to brand building: heavy field marketing with an emphasis on demos to help drive trial. But now with little room to build brand recognition on the ground as sampling programs are halted, Spritz has had to shift to driving trial through online promotions.

Shifting its marketing strategy towards digital and social media campaigns, the company has offered free shipping for all online orders and is driving sales through a 50%-off coupon code. This approach, Doughtery said, means the company is effectively giving away product with no margin. As well, Spritz is giving back by donating one case to local food pantries for every two cases ordered at full price.

Though the brand has a small presence in specialty grocery accounts, Spritz is currently closing a six-figure seed round, which Dougherty said will help the company going forward. However, even that was impacted by coronavirus uncertainty as some investors pulled out due to concerns over a volatile market.

For Better Booch, an eight-year-old kombucha brand which last year raised $2.5 million in a round led by Crush Ventures, the coronavirus hit as the brand was preparing a broader nationwide expansion and anticipating a high growth year. While retail activations have been affected, co-founder Ashleigh Lockerbie said the brand’s ecommerce sales have “skyrocketed” since consumers began hunkering down at home.

Lockerbie said the company has shifted marketing efforts online and is emphasizing home page content on its website, increasing its Amazon ad spend and, of course, a focus on social media.

“From a marketing standpoint, every sampling demo is cancelled, so the only thing to do is be online and try to capture as many of those new eyeballs that are contributing to the online traffic,” she said.