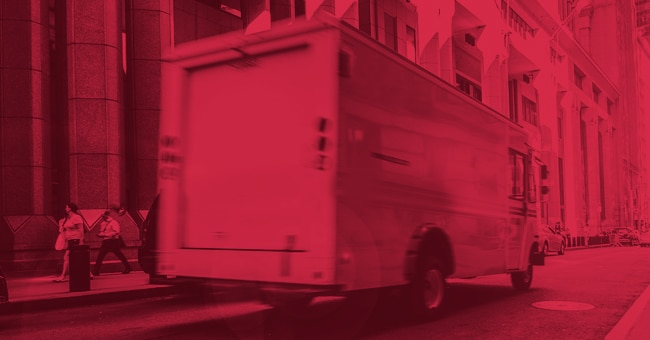 Even as the coronavirus has ground most of the U.S. economy to a near stop, food and beverage suppliers and retailers — deemed an essential business by state and federal governments — are running at full speed, and looking to expand. On Monday, PepsiCo, in addition to a package of enhanced benefits and compensation for 9,000 existing U.S. employees at PepsiCo Beverages North America and PepsiCo Foods North America, announced its intention to hire 6,000 new full-time full benefit frontline employees nationwide in the coming months.

The country’s two largest grocery distributors, KeHe and United Natural Foods Inc. (UNFI), have also reacted to the crisis, with the former calling for truck drivers and hourly warehouse positions to meet the unprecedented demand. UNFI, meanwhile, announced full-time and part-time workers and drivers will be given a temporary $2-per-hour “state of emergency” bonus in addition to regular wages and overtime for hours worked through March 31.

Specialty and Natural food distributor Chex Finer Foods will also be adding employees in order to continue to staff its network of Northeastern retailers and offering employees bonus pay. Chex President Jeremy Isenberg said he has been working with retailer and supplier partners to help fill gaps that other distributors are simply too overwhelmed to handle. “We’re at the epicenter of this. And this is to me a moment of resourcefulness, nimbleness, and doing whatever it takes to take care of the customer,” Isenberg said. “We’ve done a little better in that we’re a little more nimble and carry a higher safety stock than most. So that helped us weather the storm a little more.”

Retailers are also looking to add staff, with Publix announcing plans to hire “thousands of associates” for both its stores and its nine distribution centers by the end of this month. Other major retailers like CVS (50,000), Kroger (10,000), Albertsons (30,000), Amazon (100,000), Dollar Tree (25,000), Walgreens (9,500) and Walmart (150,000) have set even more ambitious targets. While some of these companies believe they can pull from the large pool of workers laid off by restaurants and other businesses, increasingly, grocery employees have begun to question how dangerous it is to report to work. While many retailers have offered pay raises and bonuses for employees, still others have taken more novel approaches to protect employees. In New England, Albertson-owned stores Stop & Shop, Shaw’s and Star Market announced they would be installing plexiglass barriers between cashiers and customers in order to protect both parties.

Still, some retail channels have been more affected than others. According to the New York Times, OTG, which operates restaurants and over 100 CIBO markets in over 10 major airports, has laid-off more than 1,200 workers in the New York City area this week. In California, Sacramento-based co-packer NorCal Beverage is seeking to fill over 100 positions within the next two weeks. According to director of contract manufacturing Pete Grego, the main areas of need are in transportation (Class A), lift truck operators, maintenance and equipment personnel, beverage filling and line operators, as well as general labor for warehousing and repacking. The positions are full-time. “Just like a lot of companies, we believe that after COVID-19 stabilizes demand will surge,” he said. “We certainly want to continue to make full-time schedules for these new hired employees.”

On the East Coast, Tom Dowdy, chief revenue officer at Hudson News, said his company has brought on new hires, mainly merchandisers, to help deal with a 200% year-over-year increase in beverages sales for March. With the pandemic bringing Hudson’s normally swift airport business to a glacial pace, the distributor is also reallocating some personnel and portions of its 400-truck fleet to serve other channels and customers more frequently.

“What we are hearing from retailers is ‘Bring all you can,’” he said.

As quickly as it arrived, however, the surge in grocery sales may also pass. Chuck Casano, founder and CEO of California-based HiTouch Distribution, said his sales have doubled in recent weeks, with a noticeable uptick in volume for bulk formats. In response, the company took on two new employees this week and is looking to add a further “two or three people” to fill full-time positions in merchandising, transportation and warehouse support. But much of that initial sales pop, Cassano said, has already subsided.

“We’ve seen a noticeable slowdown in stores,” he said. “All our biggest customers got pilfered and are slowly getting back to normal.”

With bars and restaurants across the country either closed or operating under limited schedules, foodservice suppliers are under added financial pressure. According to a report by Karen Short, managing director of Barclays Investment Bank, somewhere between $61 billion and $118 billion in food sales are estimated to shift from out-of-home to in-home during the second quarter of this year.

In a letter sent to President Trump on Monday, Mark Allen, CEO of the International Foodservice Distributors Association, highlighted the difficulty of the situation, in which foodservice distributors, representing 350,000 employees nationwide, are losing money while staying open to supply healthcare facilities and other essential businesses. Without federal assistance, he warned, foodservice suppliers could lose up to $23 billion in three months.

“Distributors must continue to operate their warehouses and transportation operations in order to service their remaining customers yet experience a reduction in cash flow, available cash reserves and borrowing capacity,” he said.

That has led to high end purveyors like Baldor and University Foods offering to sell products directly to consumers, in some cases, while also having CPG brands try to shore up their own supply chains by grabbing key ingredients from foodservice distributors domestically, especially if there is scarcity in their traditional supply lines.

Still other distributors are trying new approaches to stanch losses. For example, national foodservice distributor US Foods is beginning to distribute directly to retailers and is experimenting with temporarily “contracting” some of its distribution workforce to companies that are seeing a spike in demand and hiring. The distributor has noted in company updates that some food service sectors are still seeing demand: both the military and hospitals, which not only need to keep patients fed, but also hospital workers, are still looking for supplies.

In a recent conference call hosted by Barclays, Doug Baker, VP of industry relations for the Food Industry Association (FMI), and Joel Rampoldt, managing director at AlixPartners, noted that large foodservice distributors have “a significant excess capacity” of trucks to redeploy towards retail distribution. They also noted that the FDA has cleared the path by relaxing or suspending some of its existing guidance on retail products, such as loosening labeling requirements and allowing retailers to add UPC codes in-store.

Grego sees a spirit of collaboration that’s a bright spot amidst the gloom.

“What we are seeing is some of those industries that have not been deemed essential lending their support to other industries that are deemed essential,” he said. “We’ve had a lot of discussions with potential drivers that would like to be employed even in the short term until things get back and their existing business opens up.”

Yet the coronavirus outbreak has proven to be anything but predictable, and the timetable for a return to a semblance of normalcy remains unclear. The prospect of a major global economic recession is real, with consumer spending, stock market values and CPG trends all in line to feel the shockwaves. But with supply chains not yet experiencing major disruptions, distributors are focusing on delivering immediate results.

“I think from the standpoint of DSD versus warehouse delivery,” Dowdy said, “this is really DSDs moment to shine in terms of how fast we can react, how we can deliver inventory to stores on a timely basis and keep retailers in stock while other supply chain methods are failing.”