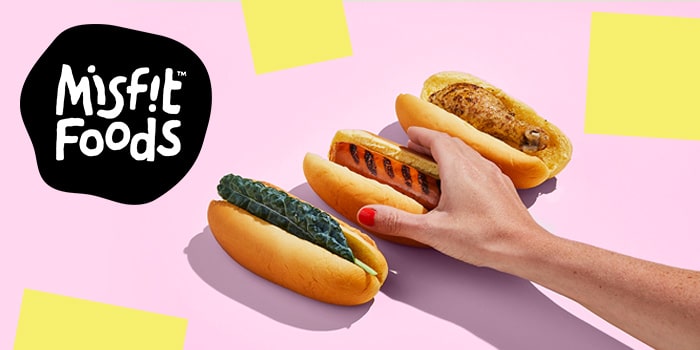 It’s time to learn how the sausage gets made. To offer consumers a means to consume more vegetables, while also positively impacting climate change, Misfit Foods has pivoted away from its signature juice line — and the use of imperfect produce — and into the meat counter with the launch of a new line of veggie and meat sausages.

Established in 2014 by Georgetown University graduates Ann Yang and Phil Wong, Misfit was built around the concept of using “ugly” or imperfect produce as the raw ingredients in its cold-press juices. A Chobani incubator graduate and partner of produce distributor Baldor, at its largest the brand was in 150 doors — including Dig Inn, Whole Foods, Eataly — in Washington, DC and New York City.

At first the co-founders decided to launch a food product as a second line, but ultimately decided to shutter the juice business due to complexities in that format and what they felt like was a misalignment with the company’s ultimate goals and values.

“What we really wanted was a product that could match the ambition of our brand and the impact that we wanted to have,” Wong told NOSH. “So we made the choice to focus all of our resources to match that ambition.”

The sausages launched last month in three varieties — Kale Citrus Chimichurri, Sweet Potato Andouille and Squash Sweet Italian — with an MSRP of $7.99 for a 12 oz. pack. Launched on FoodKick (the on-demand arm of Fresh Direct) and in Fairway markets, the sausages are made of 50% humanely-raised, antibiotic-free, hormone-free chicken and 50% vegetables. 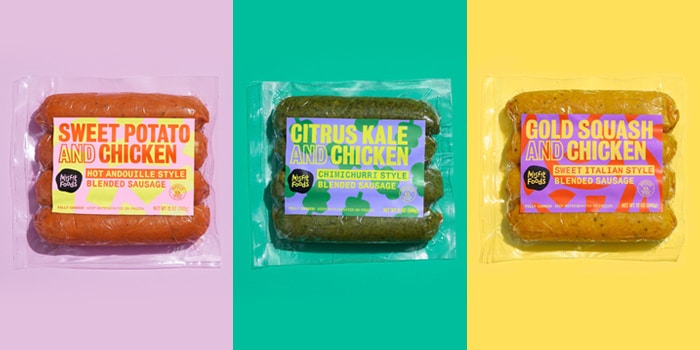 So why meat? Wong told NOSH the Misfit team learned that the average American eats 200 pounds of meat a year, and at the same time, livestock accounts for 15% of global greenhouse emissions. When determining where in the meat department to focus, the team chose sausages, a category that Wong said is valued at $8.6 billion and due to grow 8% through 2022.

“Even though it’s a huge market, there hasn’t been the same level of innovation and change as there has been in categories like patties,” Wong said. “Sausages are a starting point for us.”

Although the sausages are made with vegetables, they no longer feature the imperfect produce Misfit used in their juices and sourced, in part, via its partnership with Baldor. Although Wong believes the market for imperfect produce is “out there to be had,” the issue, he told NOSH was with consumers’ perception of sausages — which is largely is that they are made from lesser quality ingredients (exactly how people view imperfect fruits and vegetables). Adding in messaging about why imperfect produce was just as good as regular fruits and veggies, just “added another layer of complexity.”

“We’re inverting this long standing idiom of ‘how the sausage gets made’ through transparency and certain ingredients,” Wong said.

Although the team considered launching a fully plant-based product, co-founder Dave Betts told NOSH, they believe that most Americans still want to consume meat. Research showed that while 66% of the Americans have reduced their meat consumption over the last three years, Betts said, only 9% have attempted to go full vegetarian.

“What that told us was that where the majority of Americans are right now is that they want to eat less meat, but they’re not quite ready for a number of different reasons to fully give it up,” Betts said. “It allows people to reduce their meat consumption significantly, but really doesn’t make people change their behavior in a drastic way.” 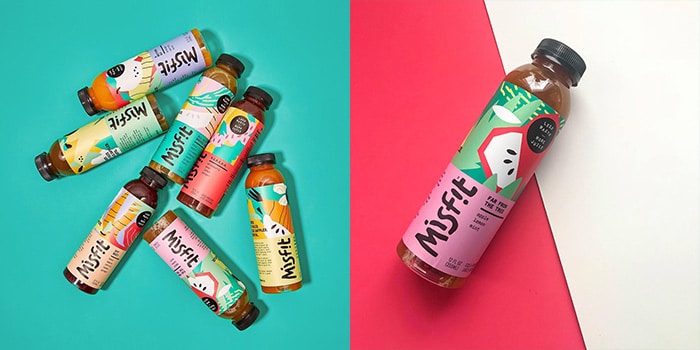 To develop the line, which Misfit achieved in under 8 months, the brand turned to its loyal fan base, which they dubbed The Odd Squad. 800 members strong, the group was sent early prototypes of the line, messaging and marketing to test.

The sausages are currently produced by a co-packer in Pennsylvania. To support the production development and initial retail launch, the company closed a round of funding last summer from a group of early-stage funds and angel investors including Softmatter, Trail Mix Ventures and Birchbox co-founder Mollie Chen. The company plans to focus on the Northeast for the near future, before expanding the line into other geographies.

Other changes in recent months include the departure of co-founder Ann Yang, who has become an advocate for mental health awareness, and Betts moving from the role of employee to co-founder. Although the Misfit of today doesn’t resemble the company started by two college kids, Wong told NOSH the core values and principles remain.

“There has always been this misfit ethos, that is, the value of difference in food and in life,” Wong said. “I think anyone who goes to the grocery store and sees our product on shelf, will understand the ways in which we are different.”