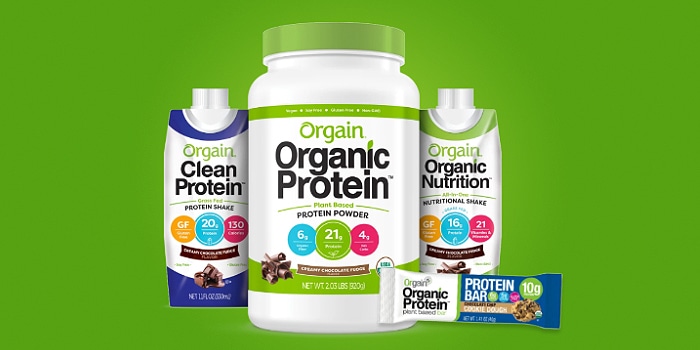 Terms of the deal, which is expected to close at month’s end, were not disclosed. Orgain founder Dr. Andrew Abraham will remain on as CEO and the company will maintain its Irvine, California headquarters.

Orgain produces a range of both plant-based and dairy-based offerings including bars, shelf stable beverages and shake powders, most of which are certified organic. Abraham told NOSH that the deal will allow the company to expand both product assortment, including moving further into convenience snacking, and distribution.

“We wanted to continue to fuel and increase our purpose and enable continued impact and growth,” Abraham said. “[The deal]will allow us to expand globally in ways we couldn’t before. We’re also going to be able to have a much more robust and focused national marketing campaign.”

Up to now, Orgain has primarily focused on its core product lines of shakes and beverages. While bars, the newest addition to its product portfolio, have already seen modest traction, Abraham said, that line also has the most room for growth. Although the category is crowded, he added, the brand’s name recognition and association with clean protein has helped accelerate consumer adoption.

One of Orgain’s protein-focused competitors is also using a similar tactic. Quest Nutrition, recently acquired by The Simply Good Food Co, started with bars before moving into snacks and meals and finally, last month, ready-to-drink shakes. Competition is also high in other protein products — including next generation brands like Koia and OWYN, as well as existing strategic-backed plays like Muscle Milk and Core Power. 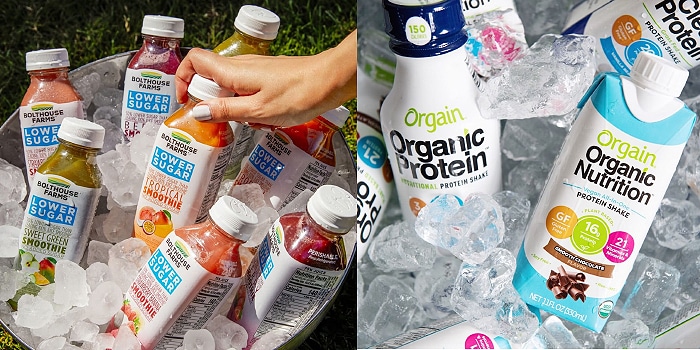 Another focus for Orgain in 2020 will be expanding distribution beyond its current presence primarily in natural, club and ecommerce channels. Moving forward, Abraham said he hopes to go deeper into mass, conventional grocery and drug. Butterfly co-founders Dustin Beck and Adam Waglay told NOSH that Bolthouse founder and CEO Jeff Dunn — who is also an operating partner at Butterfly — plans to advise and assist Orgain in achieving these goals.

Under former Coke and Campbell’s executive Dunn, Butterfly is positioned as a “seed to fork” firm investing across the “food value chain,” including in agriculture, aquaponics, distribution, hospitality/foodservice and CPG. The firm has over over a billion dollars in capital under management, Beck said, while Waglay added that the Orgain investment plays into several macro-trends in food that also complement its Bolthouse investment

“We see Orgain as another bet behind [the plant-based trend], more on the shelf stable side. It is clearly a mega trend and we want to play all sides,” Waglay said. “The trend of more protein is also indisputable.”