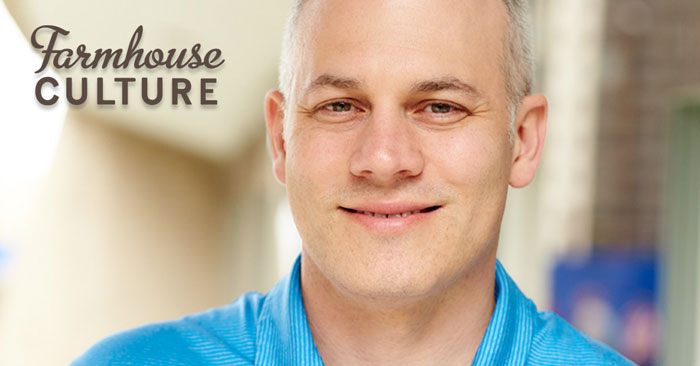 CPG veteran Scott Lerner will take over as CEO of fermented food brand Farmhouse Culture starting Nov. 1, he told NOSH in an interview. John Wells, the company’s CFO, has been leading the company following CEO John Tucker’s departure from the role earlier this summer.

Lerner was CEO of Kernel Season’s for roughly four years and recently oversaw the VMG Partners-backed brand’s sale to firm Highlander Partners. He also helped the seasoning brand expand into new categories such as the Tasty Shakes oatmeal topping line.

While he will miss the brand and his team, Lerner said he was excited by the opportunity to return to his roots in natural products. Lerner previously worked on the Naked juice line while at Pepsi and founded natural energy beverage Solixir.

“The prospects for growth are still very strong [at Kernel Season’s], but personally I was looking for another challenge and taking a brand, maybe on the smaller side, and growing it,” Lerner said. “I was really excited about working on a brand that was on-trend and perimeter-based and rooted in that [natural] channel.”

In addition to the opportunity to work with Farmhouse Culture’s investor pool — which includes General Mill’s venture arm 301 Inc — and brand founder Kathryn Lukas, Lerner said the brand’s functionality and gut-health benefits also made it attractive.

“[Many other fermented brands] take a culinary stance. But I think I think we’ll play from a health and wellness strength… I think that’s a real point of difference that we haven’t necessarily fully exploited,” Lerner said. “You’re always going to have a polarizing effect with [sauer]kraut… So I think that if people see a functional benefit maybe they will overcome any taste issues for them.” 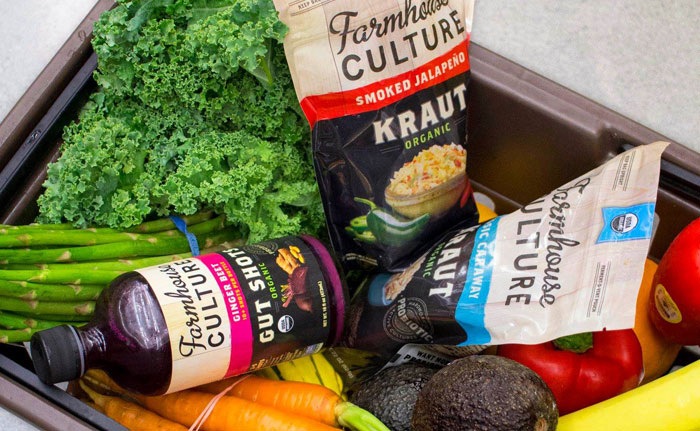 That heath focus might mean a reevaluation of the portfolio and innovation pipeline, Lerner added. The company recently decided to discontinue Gut Punch, its fruit-flavored “sparkling veggie” RTD line, less than 18 months after it was launched. Lerner told NOSH the product, which contained erythritol, didn’t meet the brand’s guardrails of natural products that could “come from a farmhouse kitchen.” He plans to explore other products that can be made with naturally fermented foods or their byproducts.

Lerner said he will start his tenure by first listening to Farmhouse Culture employees and shareholders about the state of the company. He said he also plans to work with the brand’s current natural retail partners — such as Whole Foods Market, Sprouts, Fresh Thyme and New Seasons — on increasing velocities in markets where the line has high brand awareness.

After that, he added, the brand can continue to build out an innovation pipeline and further expand distribution into conventional retailers.

“I’m a big believer in ‘profit from the core’ — bridge out from where you’re strong,” Lerner said. “It makes everything easier in the business in terms of manufacturing, sales and marketing. I think that’s where you’ll continue to see this business go in the future, is to really get more of a sniper approach rather than a shotgun approach.”