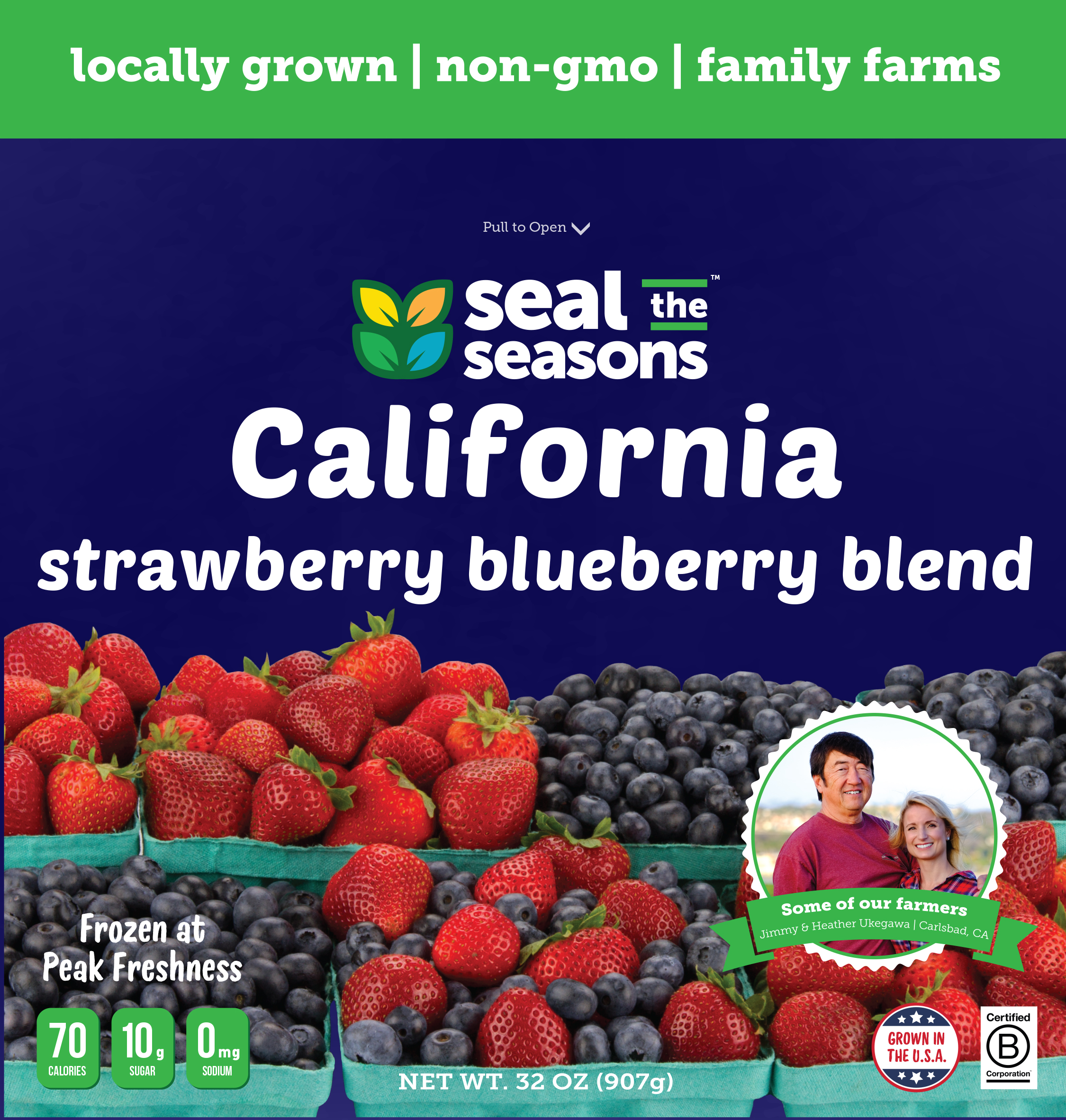 CHAPEL HILL, N.C.– Seal the Seasons is coming to the Pacific Southwest! The local frozen fruit brand has been authorized for distribution in California and Arizona-based retailers. They will launch five top-selling products in the winter and spring of 2019.

“We believe that locally-grown products are better for our planet, our economy and our taste buds,” said Seal the Seasons founder Patrick Mateer. “It made no sense to me that with such great produce grown right here in California I would walk into the frozen section and see that most of the frozen fruit was being imported from outside of the United States.”

Seal the Seasons has exploded across the United States in the past year, adding 20 states to its distribution in the East Coast, West Coast and Great Lakes. By February of 2019, local frozen fruit will be available in more than 3,000 conventional and natural retailers, a 400 percent increase from the previous year.

Seal the Seasons is the first company to sell local and regionally-grown frozen fruit in grocery stores 365 days a year. Until recently, frozen fruit sold in the United States was typically grown all over the world and imported for sale. Frozen strawberries often come from Turkey, Egypt, Serbia, Peru and Mexico, while frozen blueberries come from Chile, the Philippines, Ecuador and Canada. Seal the Seasons buys fruit from American farms that are as close to retailers as possible.

Small family farms have been closing at an unprecedented rate since the turn of the millennium. In the past 19 years, approximately 21 percent of small family farms have been forced to close their doors. “Seal the Seasons pays our growers a flat fee per pound that helps them make reliable money, regardless of what the market price may be,” said Procurement Specialist Keirstan Kure.

For more information about Seal the Seasons, contact Elizabeth Robins via email at elizabeth@sealtheseasons.com and by phone at (919)-245-3535 ext. 108. For the latest updates, make sure to follow @SealtheSeasons on Twitter and Seal the Seasons on Facebook.