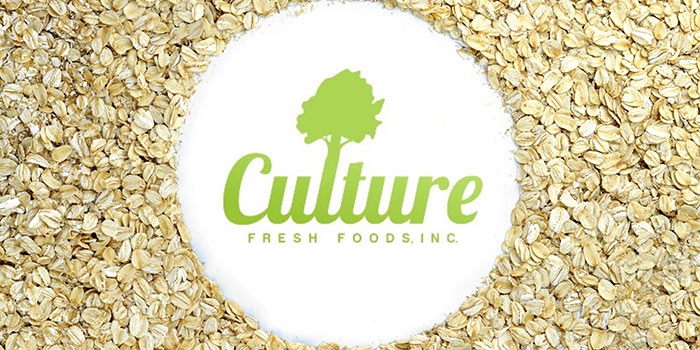 Tom Moffitt has seen the direction the herd is moving, and it’s toward plants.

The erstwhile dairy executive’s newly launched food processor, Culture Fresh Foods, plans to fuel the plant-based yogurt boom by renovating a 30,000 square-foot facility formerly owned by Danone. The project comes as the company announced the close of a $11 million round of funding yesterday.

Investors in the round included VC firms CEI Ventures and FreshTracks Capital. The two firms previously have both invested in protein bar brand Redd. Connecticut-based Culture Fresh will use the funds to build out the production plant, which was until May used to produce YoCrunch; it will soon co-pack plant-based cultured and shelf-stable yogurts along with other “spoonable or spreadable” items like plant-based cheeses and puddings. Moffitt said that these products are “exponentially getting better,” which creates more market opportunities.

The facility, expected to come online in December, will have 10,000 square feet of added production space and an on-site cold storage facility managed by a third party. While some production equipment from Danone can be used, plant-based products do require a different process. Over time, Moffitt plans to take on larger runs.

Later this year, Moffitt also plans to develop his own line of non-dairy products under the Culture Fresh brand.

Then, “once we get the business smooth and running, we’ll expand into private label,” Moffitt said.

There’s plenty of demand for such a facility, Moffit believes. Despite the explosive growth and consumer interest in the plant-based yogurt market, there’s a lack of production space to meet the surge — particularly facilities that are not also producing dairy products (which can cause cross contamination issues), Moffitt said. The site will produce both nut-based and nut-free options, with almond, oat and coconut seeing the highest interest from retailers so far, Moffitt added.

Moffitt, who said he has been toying with the idea of starting a plant-based dairy brand for over two years, is no stranger to the category. He founded Brattleboro, Vermont-based Commonwealth Dairy, a joint venture with German yogurt company Ehrmann AG, in 2009. That plant grew to over 150 employees and over $140 million in sales, manufacturing its own Greek yogurt brand under the label Green Mountain Creamery, as well as co-packing for several major retailers and brands. In July, Commonwealth sold to dairy conglomerate Lactalis and while Moffitt remains a board member, he’s taking his experience and full attention to Culture Fresh — and a plant-based future.

Moffitt told NOSH that he saw the proliferation of plant-based products in the past few years as feeding rising consumer interest. According to research firm the Hartman Group, 41% of plant-based consumers aim to limit meat or dairy intake.

It’s a market that’s “pretty frothy,” Moffitt added, noting that investors have high interest in plant-based despite an already wide spectrum of both non-dairy and dairy options already on the market. In a recent SPINS State of the Natural Industry report, plant-based yogurts saw double digit growth in total dollar volume and unit volume over the three years studied. Additionally, according to research firm Nielsen, private label has seen a $7.9 billion increase in brick-and-mortar retail in the past three years and is gaining traction both in-store and online. As a result, retailers also want a “piece of the [plant-based] pie,” Moffitt said.

“That’s mainly where we want to operate,” he said, adding that getting early investment will allow the facility to meet his specifications to quickly scale and include more product types as the plant-based demand surges ahead.