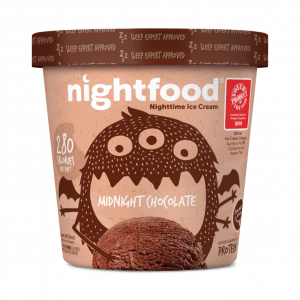 “Rolling into Texas with Central Market is a fantastic development for us,” remarked Sean Folkson, Nightfood’s CEO. “This is a top-tier upscale chain that brings us to not only each of the five largest cities in Texas, but also adds five of the fifteen most populous cities in the country, according to census data.”

The Nightfood website hosts an online supermarket product request form, and Texas has consistently been one of the top five requested states, along with New York, Pennsylvania, Florida, and California.

Central Market is the first Nightfood supermarket partner to take on all eight flavors produced to date. Nightfood is expected to be set on shelf in all stores during the week of June 29, 2020.

Management believes having distribution in these heavily populated areas will help word of the brand spread, especially within the pregnancy community. Significant national media coverage is expected in coming months with Nightfood’s marketing and publicity initiatives targeting the pregnant consumer, and the launch of the newest Nightfood flavor, Pickles For Two.

“Along with the potential for distribution in New York metro coming shortly, these new distribution points bring us local to millions more people in densely populated areas,” added Folkson. “Central Market is an iconic and influential ten store chain that serves a tremendous number of consumers. Adding retail distribution in so many of the largest cities in the country can accelerate growth through word-of-mouth and our footprint on social media, and allow us to get more impact from any big publicity hits we might secure.”

Nightfood ice cream is expected to retail at $4.99 in all Central Market locations.

Nightfood has expanded distribution for its ice cream into major divisions of the two largest supermarket chains in the United States: Kroger (Harris Teeter), and Albertsons Companies (Jewel-Osco and Shaw’s and Star Markets), as well as Lowe’s Foods Rouses Markets, and other independent retailers.

Nightfood won the 2019 Product of the Year award in the ice cream category in a Kantar survey of over 40,000 consumers. Nightfood was also named Best New Ice Cream in the 2019 World Dairy Innovation Awards.

Nightfood has been endorsed as the Official Ice Cream of the American Pregnancy Association and is the recommended ice cream for pregnant women. There are approximately 3,000,000 pregnant women in the United States at any given time, and ice cream is the single most-widely reported pregnancy craving. With more calcium, magnesium, zinc, fiber, and protein, less sugar and a lower glycemic profile than regular ice cream, Nightfood has been identified as a better choice for expectant mothers.

Nightfood is not just for pregnant women. Over 80% of Americans snack regularly at night, resulting in an estimated 700M+ nighttime snack occasions weekly, and an annual spend on night snacks of over $50 billion dollars, the majority of it on options that are understood to be both unhealthy, and disruptive to sleep quality.

Scientific research indicates these unhealthy nighttime cravings are driven by human biology. Willpower is also weakest at night, contributing to unhealthy night snacking behavior, and the majority of night snackers report feeling both guilty and out-of-control when it comes to their nighttime snacking.

Because unhealthy night snacking is believed to be biologically driven, and not a trend or a fad, management believes the category of nighttime-specific nutrition, which Nightfood is pioneering, will be a billion-dollar category.

MJ Munchies, Inc. was formed in 2018 as a new, wholly owned subsidiary of Nightfood Holdings, Inc. to capitalize on legally compliant opportunities in the CBD and marijuana edibles and related spaces. The Company is seeking licensing opportunities to market such products under the brand name “Half-Baked”, for which they’ve successfully secured trademark rights.