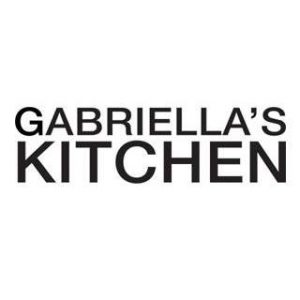 CALGARY, Alberta — Gabriella’s Kitchen Inc. (CSE: GABY, “GK” or the “Company”) a leading manufacturer of better-for-you foods, is pleased to announce that effective at the market open today, September 5, 2018, the Company’s common shares (the “Common Shares”) will begin trading on the Canadian Securities Exchange (the “CSE”) under the ticker symbol “GABY”.

The new line of products infused with cannabis-derived cannabinoids (including CBD and THC) (“Infused Products”) represent a supplement to its existing established portfolio. Gabriella’s Kitchen Infused Products are the first of its kind in the market and represent a new approach to healthy food products.

“The future of the wellness industry will be based on companies that are accommodating a holistic approach to health, which includes cannabis,” states Margot Micallef, founder and CEO of Gabriella’s Kitchen. “People will now have the choice to drink cannabis instead of a beer or the choice to eat a product in the form of an edible. Our new line of infused products is not only the future of the wellness industry, but a crucial role in living a healthy life.”

A total of 22,226,111 common shares were distributed without additional payment upon the automatic conversion the Corporation’s senior unsecured convertible debentures (the “Convertible Debentures”) comprising the 6,350 units of the Corporation (“Units”). The Units were issued in connection with a previously announced private placement offering (the “Offering”) which closed on June 13, 2018. The Units were issued at a price of $1,000 per Unit for aggregate gross proceeds of $6,350,000. The Offering was co-led by Eight Capital and Gravitas Securities, and the company was further advised by Wildhorse Capital Partners (“Wildhorse”). Wildhorse acted as strategic advisors to GK.

Wildhorse Capital Partners co-founder and General Partner, Christopher Fenn states, “We are proud to have advised GK on its latest financing round and are excited by the announcement that GABY has listed on the CSE. We look forward to continuing to work with GK as it brings its unique brand of cannabis-derived products to eager markets.”

Spurred by their desire to find a way to improve Gabriella’s prognosis after a dire cancer diagnosis, Italian sisters Gabriella and Margot Micallef were inspired to launch GK after succeeding in prolonging Gabriella’s life through diet and lifestyle. GK was founded with the goal to create powerfully nutritious foods using unique ingredients in innovative ways – so that everyone could enjoy and share healthy and functional superfoods. Although Gabriella ultimately passed away from her illness, her passion for smart nutrition helped her live exponentially longer than doctors predicted. Gabriella was a rebel who believed in endless possibilities. Her memory and passion live on through GK’s mission: to empower people to live healthy lives without compromise.

With its existing infrastructure of major retailers and an extensive broker network, the Company is uniquely positioned to service both mainstream grocery and licensed cannabis retailers throughout both legal and emerging markets across North America. Since the Company’s inception, GK has secured over 400 editorial placements in digital and traditional media, including highlights with NBC, CBC, Huffington Post, Globe & Mail, and the Wall Street Journal. The Company’s traditional (non-infused) products are currently available in more than 3,000 stores across the U.S. and Canada, including major retailers, such as Whole Foods, Publix, Sobeys, Loblaws, and Safeway. The Company anticipates its Infused Products will be available in both licensed and, on a limited basis, non-licensed channels in certain markets where legislation allows.

The Canadian Securities Exchange does not accept responsibility for the adequacy or accuracy of this release.