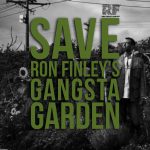 On Thursday, the troops were rallied by Annie’s President John Foraker, who issued a call to defend beloved food activist Ron Finley, better known as the “Gangsta Gardener.” Foraker sent an email to his large list of industry contacts and posted an open letter on LinkedIn urging members of the food industry to help Finley’s Los Angeles-based inner city garden avoid eviction, which he faces as a result of his previous landlord’s default on the property.