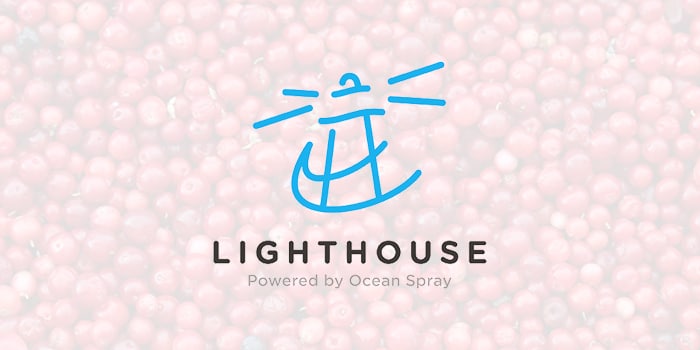 Ocean Spray may be almost 90 years old, but the cranberry cooperative is determined to act like a younger startup. Last week the company announced a new model for innovation, known as the Lighthouse Incubator, which will focus on rapid innovation and bring the company into new categories beyond beverage.

The company began down this path in May, when it announced it would be relocating its marketing and innovation teams from its corporate headquarters in Lakeville, Massachusetts to a WeWork coworking space in Boston. Along with the move, the company announced a spate of executive shake ups with the appointment of Rizal Hamdallah as Global Chief Innovation Officer, Katy Latimer as VP of R&D, and Chris O’Connor as VP of Marketing.

Hamdallah, the former managing director of Tyson Foods’ Innovation Lab, is the architect of this new means of operation, and under his leadership, Ocean Spray developed the incubator and restructured how the company launches new brands.

The incubation team now resides under Santi Proano, also formerly of Tyson’s Incubator Lab. Under Proaño are three “startup hackers”: Josh Weisman, former co-founder and CEO of baby product company Smilo, Niari Kevarian, former co-founder and CEO of Zoos Iced Greek Teas, and Olivia Natola, former director of food and beverage for kiosk company LeanBox. Each hacker has a team of three to five “packaging, product or process hackers.” Every five months the team embarks on a one week “sprint” (typically a term used in technology companies) to come up with a rough concept and then has five months to bring that product to market.

“Under each group we have full resources, just like when you run a startup company,” Hamdallah told NOSH. “You need to change the conversation when you talk about innovation. You cannot stick with checklists.” 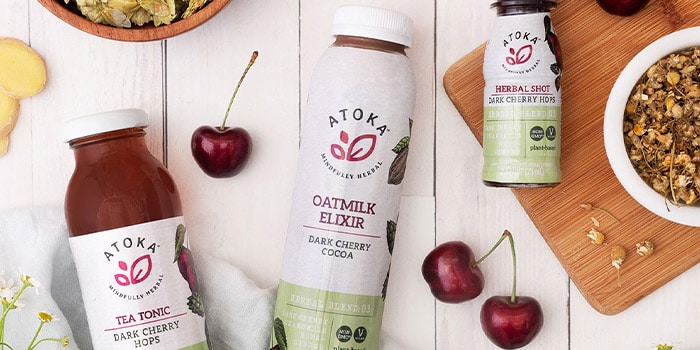 The first product released under this new structure is Atoka, a line of herbal beverages. Each of the four herbal combinations, or flavors, is available as a shot, a “tea tonic” or an “oatmilk elixir.” The line will be tested in a limited number of Boston-area stores, mainly in the natural channel. If the product hits its sales goals, Atoka will move on to be managed by the “Accelerate” team — also located in Boston — for further development.

What’s more noticeable than the claims on the Atoka packing is what’s not; The brand, which Ocean Spray claims is the first new brand the company has ever released, is listed as simply Atoka. In the past, Ocean Spray has had mixed luck targeting the natural channel under its trademark blue logo, launching (and discontinuing) PACT, a line of cranberry infused waters, and RIPE, a co-branded cold pressed cranberry juice. Atoka, the team said, gives the company a fresh start.

At the same time, Hamdallah is still working with other core business units under the Ocean Spray trademark to offer new disruptive products. At NACS the company debuted Brew, a line of cold brew coffee and cranberry beverages. Hamdallah also plans to bring the company farther into the food space to capitalize on the interest in plant-based products. The team plans to launch a new food item before year’s end, he told NOSH.

“The incubation team is not only tasked to disrupt beverage but also build our food platform and snacking platform,” Hamdallah said. “We believe that cranberries have a lot of opportunities to be optimized under different categories in food as well as [an opportunity] to help consumers see the benefits of cranberries in different forms.” 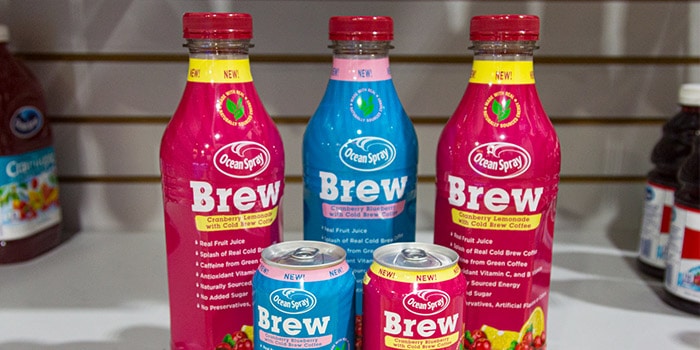 Although the changes have been dramatic, much of the original Ocean Spray team remains, Hamdallah said, with 90% employee retention. The issue was not the employees, he added, but rather the previous approach.

“We just needed to coach, guide and train [existing employees]. They can do it as long as they understand the direction and we help them to understand what the new future looks like,” Hamdallah said. “If you provide that freedom, permission to fail, permission to be creative and bold, the output is going to happen by itself.”

That approach means that 60% to 80% of the incubator’s projects won’t make it to the Accelerate stage, by Hamdallah’s estimation. But the products that do advance through the process, he said, have “huge potential” to add incremental revenue. Additionally, because the projects are tested in a smaller market before going wide, there’s far less investment needed on the production and marketing side, and far less lost if a product does fail.

He added that he views the five month focus as less about speed to market and more about speed to finding success or failure. This permission to fail comes from the very top, Hamdallah said, the over 700 farmers who own the company through the cooperative model.

“Farmers fail when the harvest is not so good. Say the weather is uncontrollable and it’s not a good year — they’re not giving up. They are going to learn how to make it work,” Hamdallah said. “That mentality is different then other companies.”