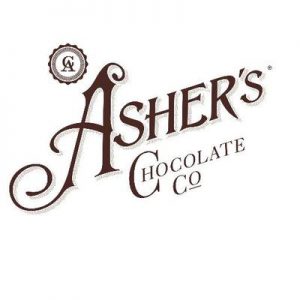 Jeff Asher, president and CEO, said: “Asher’s is growing, and we feel these three individuals to be major contributors to that growth. We are thrilled to announce these well-deserved promotions. We feel they not only support and broaden our Sales Department and leadership team, but also strengthen our company as a whole. These promotions reflect years of commitment and dedication to Asher’s, and these three professionals represent a combined total of 63 years of service to the company. This, in and of itself, is a distinguishing characteristic of our team that makes us extremely proud.”

The leaders that have been promoted are as follows:

Marking 20 years with Asher’s Chocolate Co., McBride attended Villanova University and began his career with the company as Sales Manager for the Western US. He was appointed to the position of Vice President of Sales, National Accounts in 2010, responsible for building and maintaining business with volume sales accounts and overseeing Asher’s national network of sales brokers. In this new position, McBride will serve as a primary representative of the company, with responsibility for development of the company’s sales channels and brand presence in coordination with the VP of Sales.

Kellock is the first female in the history of the company to hold this position. Kellock began working for Asher’s in 1991 as a part-time Customer Service Representative, and over the years has proven that she is essential to the Asher’s organization. In 2005, Kellock was appointed to her position as Director of Sales, in which she was responsible for overseeing local representatives and large account management. Kellock brings with her 27 years’ sales experience working with Asher’s and holds Sociology & Economics degrees from Fairleigh Dickinson University. Kellock replaces Ed Lomas in her role as VP of Sales and will be responsible for managing the company’s day-to-day sales operations, as well as overseeing the Customer Service, Marketing, and Product Development departments.

English replaces Lauren Kellock as Director of Sales, and he will be responsible for overseeing the company’s local sales team, as well as spearheading all brokerage ventures through Robert Asher Associates. Overall, he brings with him a combined 16 years’ experience working with Asher’s. English attended Washington & Lee University in Lexington, VA and worked for Asher’s Chocolate Co. as a driver. After years in real estate, he returned to the company in 2006 as a Regional Sales Representative. English was instrumental in contributing to and growing Asher’s brokerage relationships. He also maintained and expanded his territory, including greater Philadelphia, the mid-Pennsylvanian region, and 5 additional states. English also included an additional 6 states with telecommuting accounts.