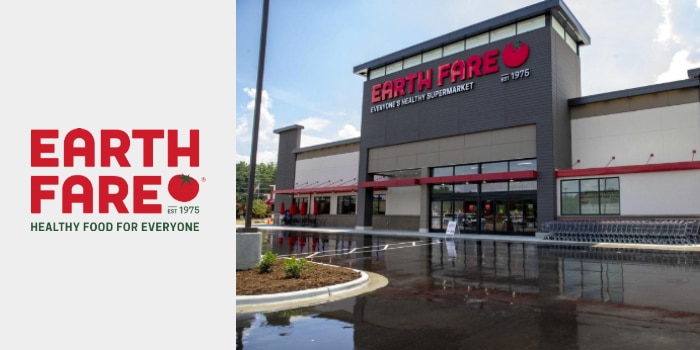 Specialty natural and organic grocery chain Earth Fare today announced it will close its 50 stores across the Southeast, Mid-Atlantic and Midwest by the end of February. The move follows similar announcements in recent weeks from retailers Fairway Market and Lucky’s Market.

“Earth Fare has been proud to serve the natural and organic grocery market, and the decision to begin the process of closing our stores was not entered into lightly,” the company said in a statement.

“While many of these initiatives improved the business, continued challenges in the retail industry impeded the company’s progress as well as its ability to refinance its debt,” the statement said.

Based in Asheville, North Carolina, Earth Fare began in 1975 as a specialty store called Dinner for the Earth, later becoming a full-service operation and adapting its current moniker in 1994. Emphasizing a clean-label ethos, the grocer offered a roster of better-for-you brands (including its own private label), and its website features a ‘Boot List’ of suggested ingredients and chemicals to avoid. Oak Hill Capital Partners acquired an 80% equity stake in Earth Fare in 2012 from Monitor Clipper Partners (which retained a significant minority interest), valuing the company at approximately $300 million.

While looking for a potential buyer, Earth Fare also has begun the process of liquidating its inventory and other assets, which will include selling heavily-discounted products and store fixtures at all outlets across 10 states, with most locations being in North Carolina.