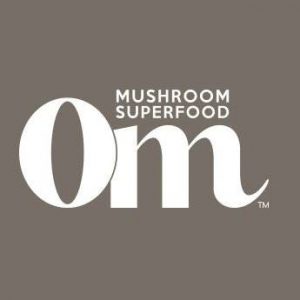 With a combined 65 years of experience in the CPG space, Ziegelman and Pollard will help bolster the company’s significant retail and digital expansion while supporting new and existing product growth.

Driven by CEO Jan Hall’s efforts to cultivate a top-class team and strong culture based on the belief of a healthy and sustainable lifestyle, Om Mushroom has grown 70 percent year-over-year.

Prior to joining Om Mushrooms, Ziegelman served as vice president of marketing for Diamond Mattress. In that role, he drove the company’s efforts in digital marketing, campaign management and branding.
Prior to his time there, he served as a management consultant at WD-40, where he was brought in to lead a cross-functional global management team to commercialize specific high-priority product innovations.
He also spent seven years as vice president of global marketing at STM Goods, an industry leader in backpacks and accessories, where he led worldwide sales and brand building efforts as a member of the company’s four-person executive team.

Pollard comes to Om having spent six years at Herbalife Innovation and Manufacturing as vice president of manufacturing, mastering key specialties such as process analysis, manufacturing management, multi-function collaboration and project management. In his role there, he was tasked with managing Herbalife’s 800,000 square-foot production plant in Winston-Salem, North Carolina which represented 50 percent of all Herbalife U.S. production of powder shake and granulated  tea mixes.
Prior to his time at Herbalife, Pollard spent four years as the General Manager of Research and Technical Srvices at Sunkist Growers. It was there that he honed his passion for working in the food and wellness space, managing Sunkist’s citrus sorting business domestically and internationally.

“We are thrilled to welcome both Adam and Dennis to the Om Mushrooms team,” said CEO Hall. “Adam’s impressive track record with digital initiatives, social campaigns and strategic marketing in the wellness and outdoor spaces display his talent and expertise in the field and make him a strong addition to the team. Dennis’s background in the supplement industry combined with his robust experience in management for a well-known manufacturing powerhouse makes him the perfect fit as senior vice president of operations.”

Both Ziegelman and Pollard will be based at Om Mushrooms’ Carlsbad, Calif. headquarters leading their respective marketing and operations teams.  Pollard will focus on growing Om’s capacity and economies of scale, while Ziegelman is tasked with building the Om brand and bringing an omni channel expertise to the table. Ziegelman and Pollard both strongly agree with the philosophy of Servant Leadership, a philosophy in which the main goal of the leader is to serve those around them, and plan to bring those ideals to their teams and the management culture at Om Mushrooms.