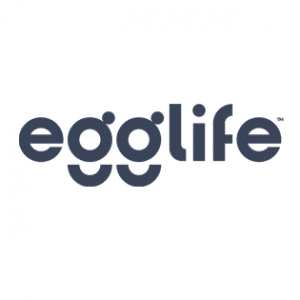 Lipari brings more than two decades of senior level sales experience with consumer packaged goods and technology solutions companies to EggLife Foods. Most recently he served as Senior Vice President of Sales at SquareTrade, where he was accountable for more than half a billion in revenue across the Americas and was instrumental in scaling the company into a world-class selling organization after it was acquired by Allstate Corporation. Prior to that, Lipari was Head of Sales for Luma Home and, previously, served as Head of Sales, Americas for Google-owned Nest Labs.

Lipari began his career with the consumer packaged goods and retail team at Accenture. He also held leadership roles of increasing responsibility at MillerCoors (later SABMiller) for more than a decade. As Vice President of Sales, Grocery Channel for MillerCoors, Lipari led the entire US grocery channel, representing approximately $1.5 billion in revenue. Later as Vice President of Sales with SABM Latin America, he led sales across all channels (grocery, convenience, club stores, bars, restaurants) for Latin America and Canada, accounting for more than $500 million in revenue. Among his many accomplishments was the implementation of new assortment, merchandising, execution and shopper marketing solutions with key grocers, including Wal-Mart, Exito, Makro and SuperSelectos, which resulted in significant revenue growth and category share improvement.

“Ross’ remarkable credentials in driving multi-channel sales as well as his significant expertise with both CPG and tech services brands makes him an ideal addition to our executive team,” commented Kroll. “He brings with him a world of experience from some of the world’s most respected companies and we are thrilled to have him join the EggLife family.”

Commenting on his appointment, Lipari stated:  “I’m tremendously excited to join a brand whose mission – to give people healthier food options – is one that I can truly stand behind. On top of that, to be able to come aboard when the company is still very much in its infancy is a rare opportunity to develop a robust and scalable selling operation that will get this incredible product onto the plates of as many people as possible.”

Lipari holds a Bachelor of Arts from Lawrence University in Appleton, Wisconsin.

EggLife Foods, Inc. is an innovative food brand that uses cage-free eggs, not flour, to reimagine carbohydrate-heavy foods. Developed by EggLife founder Peggy Johns in her own kitchen, egglifeTM egg white wraps have less than 30 calories, less than one gram of carbohydrates and five grams of protein each, and are gluten-free, grain-free, dairy-free and soy-free. The wraps are available in four flavors – Original, Italian style, Rye style and Southwest style – and are produced at EggLife’s own facility, in Wolcott, Indiana. egglifeTM egg white wraps are available in the refrigerated section at all Chicago-area Mariano’s, most Chicago-area Jewel-Osco locations, most Midwest locations of Fresh Thyme, and at several other independent grocery retailers.  The wraps are packaged six to a pack and retail for about $4.99 per pack. More information is available at egglifefoods.com.