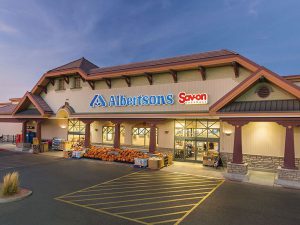 BOISE, Idaho — Albertsons Companies announced today that it is adding retail liquid eggs to its commitment to exclusively source cage-free eggs by 2025, based on available supply, making it the only major supermarket to explicitly include liquid eggs in its cage-free commitment.

In early 2016, the company became one of the first and largest conventional grocery chains to commit to sourcing cage-free eggs exclusively for its retail shell-egg products. Now, Albertsons Companies is expanding its pledge to include its retail private label liquid eggs, a decision that reflects the company’s strong focus on animal welfare and consumer choice.

“We recognize that, as the second-largest supermarket chain in the U.S., our decisions can impact the entire supermarket industry, especially when it comes to doing the right thing for the right reason,” said Shane Sampson, Chief Marketing & Merchandising Officer. “Broadening our cage-free commitment will keep the conversation going and, hopefully, continue the industry’s work in humane sourcing and corporate social responsibility.”

Albertsons Companies is one of the largest food and drug retailers in the United States, with both a strong local presence and national scale. We operate stores across 35 states and the District of Columbia under 19 well-known banners including Albertsons, Safeway, Vons, Jewel-Osco, Shaw’s, Acme, Tom Thumb, Randalls, United Supermarkets, Pavilions, Star Market, Haggen and Carrs. Albertsons Companies is committed to helping people across the country live better lives by making a meaningful difference, neighborhood by neighborhood. In 2016 alone, along with the Albertsons Companies Foundation, the company gave nearly $300 million in food and financial support. These efforts helped millions of people in the areas of hunger relief, education, cancer research and treatment, programs for people with disabilities and veterans outreach.