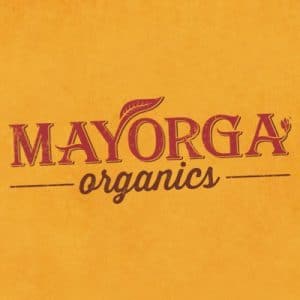 ROCKVILLE, Md.– Nationally-recognized leader in specialty organic coffee and grains, Mayorga Organics, is proud to announce the promotion of Erin Dall to President and COO. As President of Mayorga Organics, Erin now oversees all U.S. operations for Mayorga with Jenaee Powell, the company’s VP of Finance, moving to CFO of all U.S. operations. Martin Mayorga will shift to CEO—overseeing all of Mayorga’s operations in the U.S. and throughout Latin America while guiding the company’s long-term vision.

Martin Mayorga, Founder and President of Mayorga Organics, states, “I’ve been waiting for the right moment to step out of the day-to-day management of the U.S. operations in order to give our international operations the necessary focus. Erin’s ability to balance the discipline necessary for optimal operations with the vision needed to ensure that we’re market leaders is the perfect combination to lead us into the future.” In addition to two two major facilities in the United States, Mayorga manages export entities and staff in Nicaragua, Costa Rica, and Peru—as well as sourcing operations in 6 additional countries. The company is in the process of building two facilities in Latin America to be closer to producers and to drive in-country consumption as well as a distribution facility on the west coast of the United States.

Erin joined Mayorga in 2016 to lead the company’s multi-state roadshow and demo program. She quickly showed extraordinary skills for operational planning, personnel management, and overall leadership, leading to her being promoted to Vice President of Operations. In that role, she oversaw the company’s overall operations as sales grew over 60% through the past two years and has been overseeing the development of the company’s facility in Miami, Florida.

Mayorga Organics was founded by Martin Mayorga and operates with the purpose of alleviating systemic poverty through the direct trade of artisanal organic foods. Through its 23 years of being independently owned and operated, Mayorga has built strong relationships with retailers including Amazon, Costco Wholesale, Whole Foods, Giant Foods, and over 2,000 other small to national customers.  The company’s top selling product is organic Café Cubano which Mayorga launched in 2001. While the company focuses on building the Mayorga brand, it also manufactures under private label agreements for various clients on a local to international scale. Learn more at www.mayorgaorganics.com.