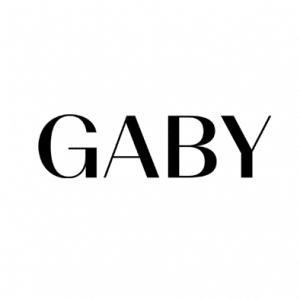 Margot Micallef, founder and CEO of GABY, stated: “Lulu and her husband Zirque Bonner have built an impressive company which, like GABY, has a dual channel sales strategy, selling traditional chocolates and CBD infused chocolates into the mainstream grocery channel and THC infused chocolates into the cannabis licensed or regulated channel. Lulu and Zirque share similar values to those which guide GABY, namely, a desire to empower consumers to take control over the quality of their health and in so doing to change the world for the better. Lulu’s will form the foundation upon which we will build our CBD and THC chocolate and confectionary business,” she concluded.

Lulu Sharpe, president of Lulu’s, stated: “My husband Zirque and I have always known that alone we could only take Lulu’s so far. We knew we needed the consumer-packaged goods experience that a company like GABY offers as well as its access to capital and its deep experience in product innovation, growing brands and building consumer awareness to really launch Lulu’s into the stratosphere and make it a household name. We are grateful to have found GABY, a company that shares our values, appreciates the contribution we can make to developing the Lulu’s brand and which has the commitment and knowledge to make us a worldwide brand,” she concluded.

On closing of the acquisition, GABY intends to appoint Lulu Sharpe as the VP, development of GABY’s Edibles and Confectionary Division reporting directly to Jamie Fay, the president and chief operating officer of GABY.

“I am excited to have Lulu join the executive team at GABY and look forward to combining my experience as the former Senior Vice-President of Strategy & Operations at Mars Chocolate North America with Lulu’s experience to build the CBD and THC infused Chocolate and Confectionary Division of GABY into a national operation,” said Mr. Fay. “With Lulu’s, we are redefining ‘chocolate’!” he concluded.

Completion of the Transaction is subject to, among other things, the negotiation and execution of a mutually agreeable definitive acquisition agreement and related documents and the satisfaction or waiver of any conditions precedent to the consummation of the Transaction (including the receipt of any requisite regulatory and third-party approvals).

GABY is a US-focused, consumer packaged goods company operating a house of brands in the cannabis industry and in the mainstream grocery channel. Through its subsidiaries The Oil Plant and Sonoma Pacific Distribution, Inc. GABY holds a manufacturing and a distribution license issued by the Department of Health and the California Bureau of Cannabis Control respectively. With these licenses to operate in the cannabis channel, and its existing infrastructure of major retailers and an extensive broker and distribution network in the mainstream channel, GABY is positioned to bring its proprietary, acquired and third-party brands to market in both the licensed and mainstream market. Margot and her sister Gabriella co-founded GABY after Gabriella received a dire cancer diagnosis which spurred the sisters to prolong Gabriella’s life through a holistic approach to health. Today, GABY offers a diverse range of products that use cannabis, hemp derived CBD and other powerful ingredients to address a variety of dietary and health concerns. Although Gabriella ultimately passed away from her illness, she lived exponentially longer than doctors predicted. Her memory and passion live on through GABY’s mission: to empower people to live healthy lives without compromise. To learn more, please visit the Company’s website at www.gabyinc.com.