SUMMER 2018 | JUNE 4+5 | NEW YORK, NY
This is a past event. Replay all presentations and view upcoming events.

A Two-Day Business Conference
for the Natural Food Industry

All-Star speakers from established and up-and-coming brands inspire action through topics your business can apply now, like: lessons in growth, branding and marketing, how to raise and use capital, navigating the ever-changing state of retail, harvesting and harnessing customer insights and using data to make decisions. Industry experts drop knowledge on innovation, the investment climate and the future of the industry.

You’re running a business. Our on-stage content is curated for co-founders, CEOs, CMOs, COOS, revenue leaders and decision makers from across your organization.

THE INDUSTRY IS GROWING AND SO ARE WE. ENTER DAY 2.

The natural products space is booming at close to $150 billion dollars annually.  Investment is extraordinary with million dollar raises becoming common-place, while trendy spaces like plant-based meats have companies like Impossible Foods who just raised another $114 million.

The playbook for brands is ever-changing with big shifts in retail and new players entering the traditional and club channels causing brands to ask big questions. And there are as many questions about direct-to-consumer. The industry is booming so we added a second day to help make sense of where we have been and where we are heading.

A DISTINCT FOCUS ON BRAND AWARENESS AND INDUSTRY EXPOSURE

The NOSH Live experience is about the community getting acquainted, learning about what’s next and accelerating. Some brands are just starting and looking for capital and awareness. Others are established and have something to teach. Some brands are in discovery mode, looking for brands to add to an incubator or to spot their next product opportunity. Others want to gain an advantage with their production or marketing. Enter Pitch Slam and the Sampling Experience + Expo.

NOSH Live is a show about natural foods and we take the experience of trying natural foods seriously. Our new Sampling Experience + Expo, powered by PINATA, gives brands a chance to be the sampler in a structured networking setting where everyone can try new, hot and trendy single-serve and prepared foods with opportunities to get down to business at our expert roundtables and interact with suppliers and service providers who can help you with growth at scale. 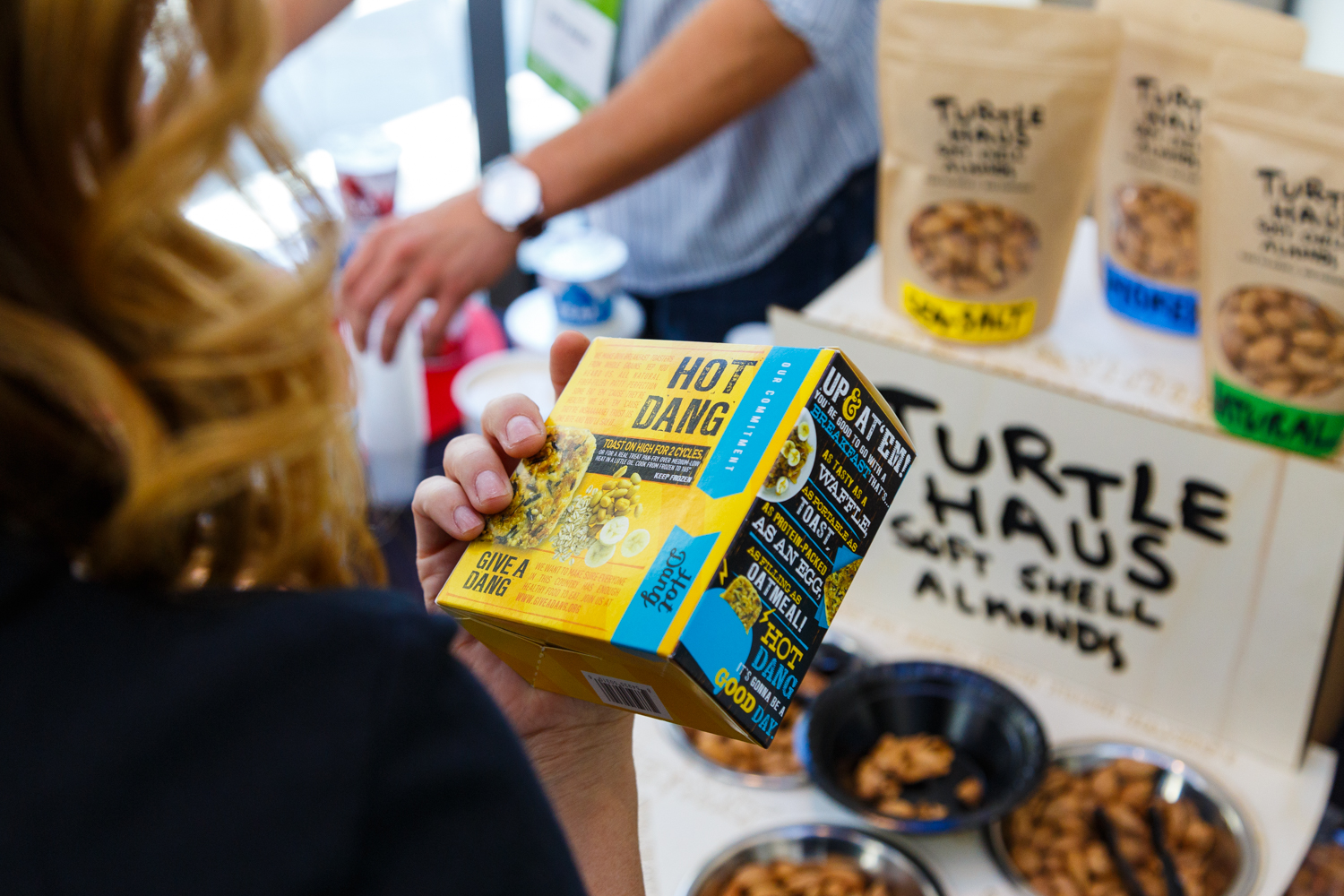 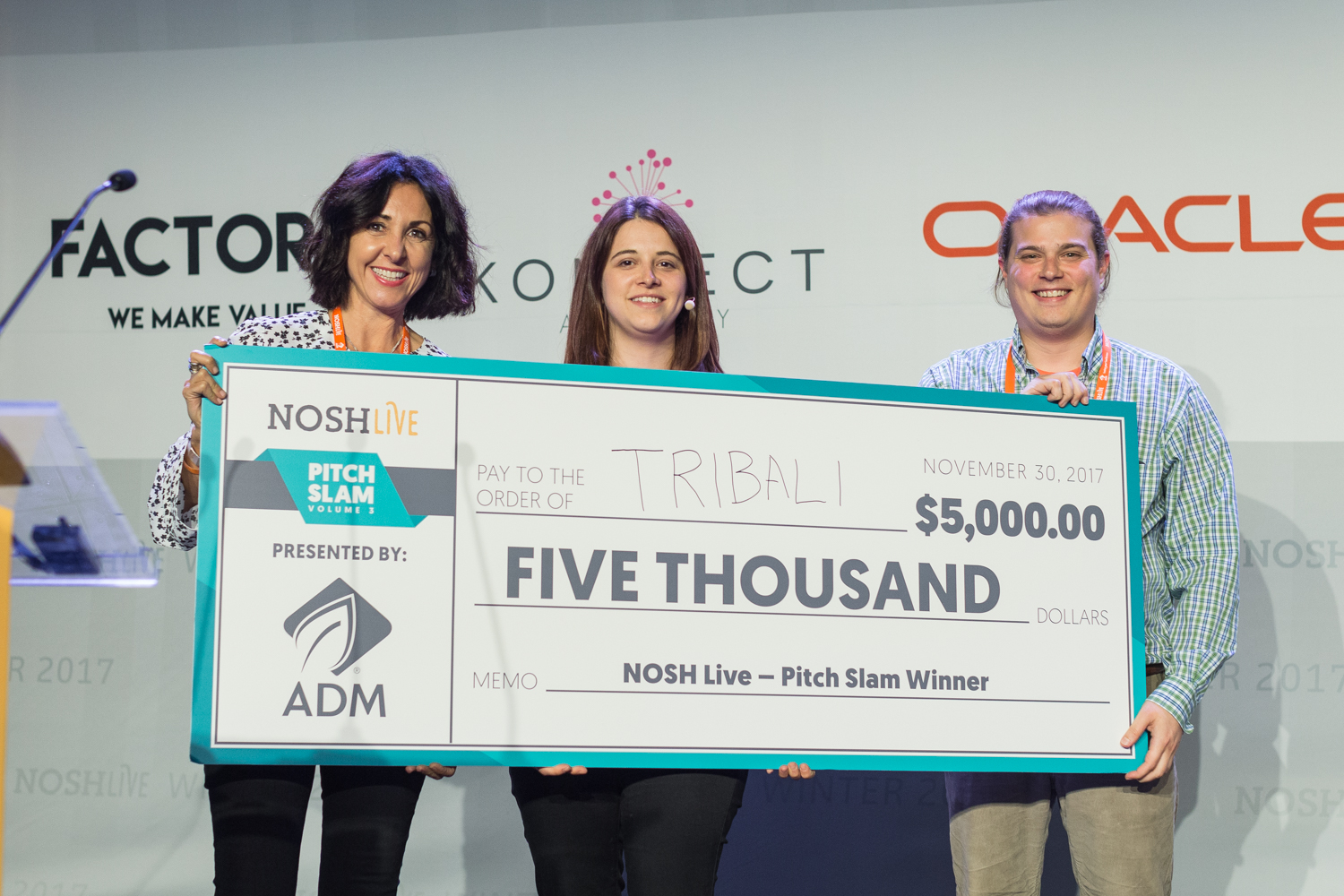 We put the hottest new brands in the spotlight in our annual Pitch Slam contest, presented by General Mills' 301 Inc., "the emerging brand elevator."

Up-and-coming startup brands prepare their best presentation for the NOSH Live main stage. Founders receive instant feedback from a group of expert judges of top retailers, brands, investors, designers, the NOSH community and the world via our livestream. The winner achieves the distinction of being champion along with a digital industry awareness package on NOSH that will give them more valuable exposure to the broader community.

The vibe of NOSH Live is highly collaborative. The event attracts a group of decision makers, including founders and CEOS from established and new brands who are ready to learn, innovate and grow, along with top experts from investment, retail, supply, distribution and services.

If you want to walk up to your favorite investor to have a conversation, you will have time. If you want to sit with thought leaders to discuss opportunities that have been puzzling you or that you are ready to kick off, the opportunity is there to seize.

The NOSH and BevNET edit teams and staff will be there to help you make connections and talk about coverage. 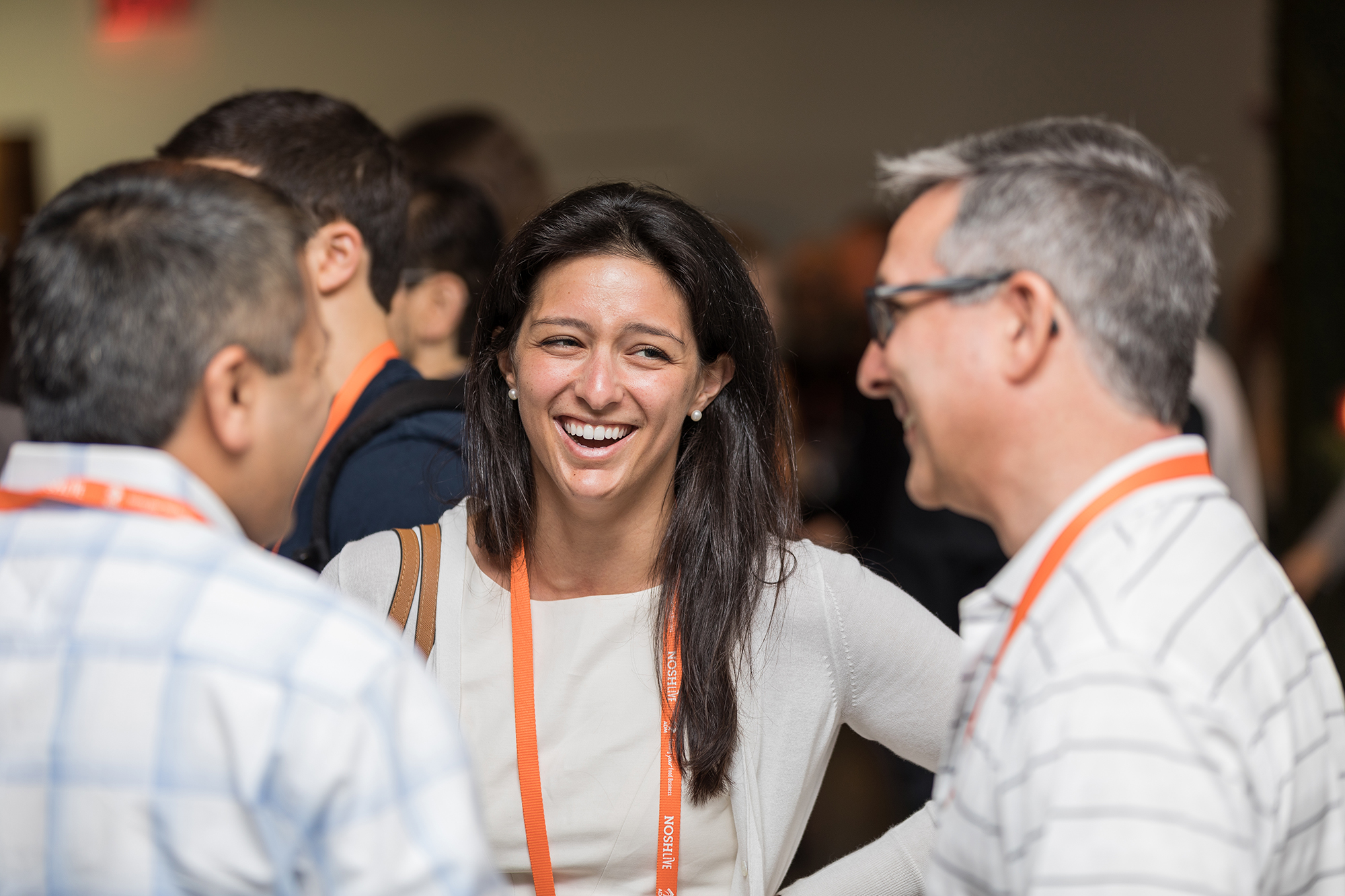 SEE WHO'S ATTENDING THIS YEAR'S EVENT

BOOTCAMP IS VITAL FOR INDUSTRY NAVIGATION

Experts making an industry change and fresh faces alike find that an industry primer ahead of the main event is a great gut check for newbies to the massive natural products space. Learn how to choose the right investor and capitalize your business. Get tips on designing your package. Learn the ins and outs of legal and accounting. Hear story-telling and buzz creation advice from experts in marketing and public relations.  Sit down with the pros after the presentations to ask your own specific questions in an environment paced for learning and discussion.

For those that couldn’t make the trip to NOSH Live Summer 2018 in New York City, we still want you to join the conversation. We have made the main stage presentations available to view via a free live stream, which runs through 5 p.m. ET today and returns tomorrow, June 5, from 9 a.m. ET to 3 p.m. ET.

NOSH Live Afterparty Takes it to the Roof

NOSH Live is just a few days away, and we have an exclusive soirée planned for our guests! Project NOSH + ForceBrands collaborate to bring conference attendees an evening of networking and fun. Expect exceptional New York City skyline views, craft cocktails, appetizers, good company and a place to unwind after an energetic NOSH Live, Day 1.

RxBar. Daily Harvest. Chef’d. Perfect Bar. For these brands, success means more than just sales in brick and mortar. Instead they, and the other leaders of CPG, are making sure their online presence is as strong as their in-store distribution. While breaking through the noise online can be difficult, the attendees of NOSH Live Summer 2018 will gain a leg up over their competition thanks to advice from these digital wizards.

NOSH Live will conclude with a special final course: a wide-ranging discussion with three groundbreaking superstars of the natural food business: Shazi Visram, the founder of Happy Family Brands; Gary Hirshberg, Co-Founder of Stonyfield Farm and Bill Weiland, the CEO of Presence Marketing.

All-star speakers present actionable advice, partnerships are made for future growth, and everyone discovers what’s next.

In the spirit of creating a place to network, taste and form partnerships, for this summer’s edition we’ve created the NOSH Live Sampling Experience & Expo. On Monday, June 4, we’ve carved out two hours for attendees and speakers alike to share samples of their latest natural, organic, healthy and sustainable foods, ask questions of industry experts, and talk shop.

Like the food business it supports, NOSH Live -- the event series powered by Project NOSH -- is growing. When it is held on June 4 and 5 at the Metropolitan West in Manhattan, the NOSH Live Summer event will now sprawl across two full days worth of strategic insights, inspiration, case studies and networking. To support a bigger NOSH Live, you need a bigger lineup.

Pitch Slam Volume 4: Showcase Your Food Brand to the Industry

Emerging, better-for-you food brands will compete in the fourth volume of the Project NOSH Pitch Slam, taking place on the NOSH Live Summer 2018 stage in New York, NY on June 4.

Sign up to receive NOSH Live speaker and program announcements straight to your inbox.

YOU HAVE QUESTIONS. WE HAVE ANSWERS.