No products have been entered for this brand. 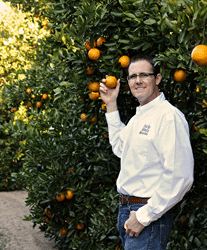 Uncle Matt’s Organic, the nation’s number one selling brand of organic orange juice, has announced the kickoff of their 20th anniversary of growing and producing organic juices. Since 1999, Uncle Matt’s has been passionately committed to organic farming, and the company is thrilled to be a pioneer in the growing organic marketplace.